Why Is My Compulsive Video Gamer Resistant to School Learning? 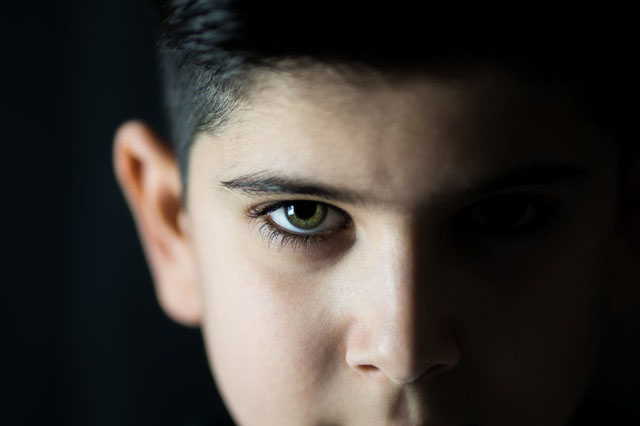 I was an overly involved parent with my sons. My second born required more advocacy from me, especially with school, than my first born did. While my eldest son thrived in a school environment, for the most part, my youngest son struggled and was miserable for much of his time in the education system.

I still remember the day he received notification that he had passed all of his university credits and gotten his degree in Software Engineering. He was beyond happy.

I celebrated with him, and said, “You have been in a system that has not worked for you and that you have hated for 17 years. This must be such a liberating day for you”.

He replied, “Mom, I feel like I’ve just been released from prison”.

I have often questioned just how much I did to ease his anxiety and challenges with his education. Would he have completed school if I had not been so involved?

I mean, he’s clearly intelligent; his degree program was extremely challenging and he tackled and accomplished it, despite the many hiccups along the way. But he recently stated that he would have never done it without all of my help and support.

Not that long ago, I also received validation from a health professional who said that my son would have likely not made it through school without my diligent involvement.

There’s a difference between hovering for the sake of control and undermining a child’s ability versus understanding that a system just isn’t working and a child needs alternatives to create success. For my son, the latter was necessary.

He hated reading. Phonics made no logical sense to him. His spelling ability was poor. He was more pre-occupied by doing art than he was printing sentences. He couldn’t grasp cursive writing. He commented often that he had poor visual memory. Yet, he was math obsessed, he had articulate verbal skills, and had a brilliant mind for anything related to computer technology.

Teachers would complain that my son took too long on writing assignments, that he spent more time on art work than was necessary. He’d freeze when a test or exam paper was put down in front of him, yet he could answer all of the questions when the teachers asked him to verbalize them. His instructors also mentioned that his computer skills were above average, that he could probably teach the class on this subject. And he was always praised for his ability with numbers and patterns in math and computer classes. He loved coding.

He once received a gift from his aunt for his birthday. Before he opened it, I said that it looked like it might be books, based on the shape of the package. I was excited for him.

His response was less than enthusiastic, “Why would I want books? All you can do is read them”.

He opened the gift. It was an educational computer game for our desktop computer. He was absolutely delighted!

He gravitated towards computer and video games from a very young age. He had great dexterity and was very good at them. They gave him a sense of easy success he wasn’t feeling with school. He was hooked. Sadly, he eventually became addicted to gaming.

It was clear that screen time was his go-to, a place where he felt the most empowered. It was also a place he escaped into to cope with his emotional pain.

He suffered a great deal of anxiety around school, tests, and assignments, and although he entered a gifted program, he continually lost confidence in his ability to succeed.

Recently, I was introduced to an optometrist who specializes in Vision Therapy. He wanted to connect with me because of his interest in excessive or early introduction to screen time and the resulting vision issues. During our discussions about my son and his journey through video gaming addiction and recovery, he realized that my son’s draw to gaming might be an undiagnosed vision tracking issue. He kindly offered to do an informal assessment on my son, in his clinic, to see what might show up. It was agreed to and set up shortly after our conversation.

During the appointment several questions were asked of both my son and I and it became clear very quickly why there had been so many issues with school and why screen time and video gaming became the preferred medium for learning and validating his intelligence. We had many Ah Ha moments during those two hours in the clinic.

This was not a typical eye test searching to see if my son has 20/20 vision, as he’d had done when he was much younger. That test showed no vision issues. Vision Therapy evaluations  include testing beyond the usual. They are looking for eye teaming issues. Vision is a learned behaviour. Babies are not born with perfect visual ability. Their brain’s vision development occurs throughout childhood milestones. Infants first learn to track, see distance, and peripheral margins as they hold their head up, roll over, crawl, and eventually walk. Sometimes this visual advancement is not fully met or is halted for a variety of reasons.

Many more tests need to be done for my son to understand his impairment fully, but from this assessment, here are the main findings:

These types of vision problems can interfere with academics (i.e. reading, spelling, tracking, dexterity skills for example) and cause a child to look for other outlets they “can succeed in and feel accepted”, such as on-line gaming environments. Gaming typically uses very little reading and more so larger object tracking. Often, a child can have issues with reading but succeed at gaming. At least 40 percent of the brain is your visual machine, so every person will crave visual feedback in any way they can find it. My son was no exception.

When he was struggling to read early reader books, I provided him with comic books with more visual cues and less print to help him build his confidence and eventually be able to move towards books. When he took agonizingly long amounts of time to complete homework print assignments, I began to scribe for him as he dictated the words. When an assignment required artwork as well as print, I encouraged him to complete the writing first. Sometimes, I did the writing for him. At times, I read out loud to him so he could complete a school book in time before he would need to take a follow-up comprehension test. I spent countless hours with teachers and principals advocating and asking for alternative solutions than “normal” classroom routine and outline. He was tested by an educational psychologist at an early age and found to be highly intelligent, but no obvious learning disabilities were found. I had private testing done to find out what his learning style is and shared this information with his schools. My son was eventually allowed to type on a keyboard for his end of term tests, in a separate room, and was given extra time to complete. I removed him from school during mandatory EQAO and C-Cat tests because it created far too much anxiety which would mean the results would not show his true ability. I took time out to sketch and paint with him, to encourage his love of art. I allowed him to play educational and recreational video games with his friends, his brother, and on his own. This was a place, I now realize, that gave him a greater sense of accomplishment; it was much easier than reading or writing, and it gave him positive and instant feedback. He wasn’t feeling that same sense of power with his education. It’s now not surprising that he gravitated towards it in such a big way.

I always understood that despite his gifted IQ, the education system was not working for him and that this was a place where he felt the highest amount of frustration and the least amount of motivation and confidence. Yet, he had academic goals and he wanted a university education. He loved coding and was really good at it, and knew, early, that he wanted to do software development of some kind as his career choice. But I also knew he’d need to be closely monitored and supported to fulfill his dream.

In hindsight, we now realize that he learned to adapt with his vision teaming impairment, despite even realizing that he had one. And with continued advocacy from me, he got through school, he got a job in his field, and he’s doing great. Could it be easier for him now? Absolutely. Vision Therapy would help him have less vision fatigue and make reading and writing less labour intensive. He is considering this now.

How I wished I’d known so much sooner that this was an option. How I wish that his teachers were aware and suggested he have Vision Therapy testing done. There is no finger pointing necessary here. We just didn’t know what we didn’t know!

I would have enrolled him in this therapy, and perhaps not needed to advocate with his education, at all. But I am no longer questioning myself in terms of the work I did to help him get through school. I had to become his better functioning eyes until he could literally find a way to see through the disability. I would have regulated his screen time a whole lot more, and possibly prevented his addiction, if I’d only known. At that time, very little was known or talked about in terms of video gaming addiction. As with any parent, I was muddling through it and doing the best I could with the knowledge that I had then. And knowledge is powerful.

I share this now to create awareness and knowledge for other caregivers. As a coach for parents with kids who are video gaming addicted I hear many of these students have stopped attending secondary school classes or have dropped out of university to stay home and play video games to excess. School is of no interest to them. It may be because they feel more success in this virtual arena, due to a vision tracking issue or a learning disability that was missed and not addressed. They may experience so much vision fatigue and frustration with their learning that they feel no incentive or motivation to continue with their formal education. A Vision Therapy assessment may be a worthwhile option to consider.

For more information about what to look for before considering a Vision Therapy assessment you can purchase the easy-to-read book, Seeing To Learn = Learning to See by Optometrist and Vision Therapy specialist, Dr. Patrick Quaid, available on Amazon.